Soundsensing is one of many NORA.startup members to be granted funding for an IPN alongside Solgt.no, Mobai and Factiverse. An Innovation Project for the Industrial Sector, or IPN for short, is a funding instrument providing grants to innovation projects led by businesses which rely extensively on R&D activities. Soundsensing will be collaborating with SINTEF and the Norwegian Computing Center (Norsk regnesentral) as well as an industry partner, the real estate advisory Malling & Co. We met up with co-founder and CEO Ole Johan Bjerke in their offices at Startuplab. 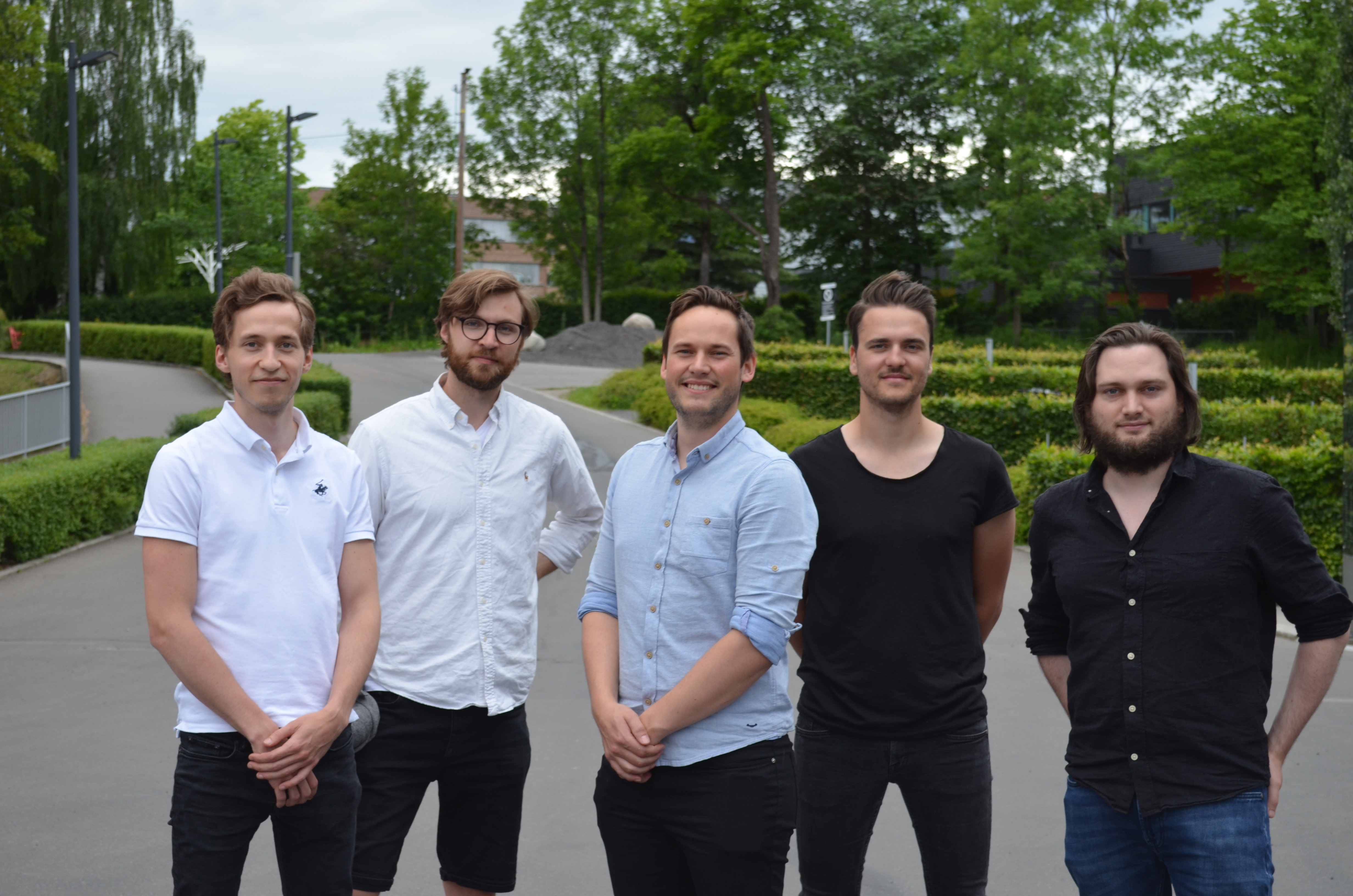 The original vision of Soundsensing was to tackle noise using sensor and machine learning technology. After a few years of steady albeit slow progress they realized they were struggling with the original business idea and needed to make a change.

“We were making a product that didn’t have enough demand in the market,” Ole Johan explains. What made it especially hard to notice is that they had a good amount of traction, having secured some important early customers like the Norwegian police force, but they realized there were a lot less customers than they had initially assumed. This is a classic entrepreneurial mistake Ole Johan explains -  “We had a world class product in a terrible market.”

The way forward for Soundsensing arose as a result of “getting out there” - by constantly pitching their startup idea to wide audiences in many different arenas.

“Being obsessive about networking opened us up to a lot of opportunities underway. We attended as many events as possible and talked to all kinds of different people”. This led the team to many new opportunities that gave them flexibility when the time came to pivot.

When speaking with people with a background outside of AI, Ole Johan emphasizes the importance of humanizing the technology. “You need to stay focused on what problems you can solve. We never open with the fact that we are an AI company.”.

Having turned down opportunities for years in order to pursue their original idea they eventually realized the time had come to pivot.

“Making the decision to pivot was incredibly tough. We had poured our souls into the work for years and made many sacrifices in the name of achieving our vision. But it was the right decision.”

After evaluating their options, they reached out to Robert Skramstad from Malling & Co who had previously pitched the idea of using their sensor technology to detect anomalies in technical rooms in the real estate business. The equipment in technical rooms often make different sounds when something is wrong. Traditionally, technicians have manually listened to the machines to see if everything is working as it should, but doing this using sensors and machine learning gives much better coverage. This also reduces costs and increases tenant satisfaction by allowing preventative measures to be taken instead of always having to fix or replace equipment after it breaks. By pursuing this opportunity Soundsensing could use the same sensor, backend and ML engine they had already developed to reach a much larger market.

The IPN will allow Soundsensing to work on perfecting their solution, this can be difficult early in the life cycle. “At this stage we have to focus on making sure our product is effective and easy to use,” Ole Johan explains. He believes they need to stay disciplined and focus on the foundation. An IPN can be a great compliment to startups as it gives access to expertise and funds to pursue R&D projects they couldn’t afford to focus on by themselves. Collaborating with experts in acoustics from SINTEF and machine learning from NR is what Ole Johan believes will make Soundsensing truly world class.

Finding the right partners is key to succeed with an IPN application. Ole Johan tells us that he believes their involvement with their industry partner, Malling & Co, was essential. “The customer is the most important part. Prove that you are solving a real life problem. Working with customers will help you find this problem, and it shows the research council that there is demand”. Getting the academic partners on board was more straightforward than he had expected. “I found a list of all the accepted institutions and started narrowing it down until I had around 5 potential partners. When I reached out to them, we actually got overwhelmingly positive responses.”

In addition to good partners you need a good application. Working in a startup you already need to keep a lot of thoughts in your head at the same time, and sometimes you just can't do it all yourself. Soundsensing realized that they needed help with the application processes. “Find someone who has done it before, but be careful because not everyone has your best interest in mind”. Having someone with experience on board was helpful not only for writing the applications but also for learning about what types of financial support was available for startups in Norway that they could apply for.

We wish Soundsensing and their partners good luck with their IPN and hope to see more successful applications from the NORA.startup network soon!

Want to become a member of NORA.startup? Sign up today!

Watch our webinar on IPNs here.