Professor at the Oxford University Department of Computer Science 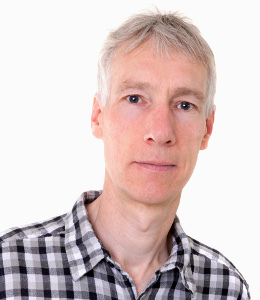 Knowledge Graphs have rapidly become a mainstream technology that combines features of databases and AI. In this talk I will present my personal view of what a knowledge graph is, discuss the theory behind them, and illustrate their use in a range of applications. I will then consider the challenges inherent in both the implementation and application of Knowledge Graphs and present some of our recent research that addresses both aspects.

Ian Horrocks is a full professor in the Oxford University Department of Computer Science, a visiting professor in the Department of Informatics at the University of Oslo and a co-founder of Oxford Semantic Technologies. He is also a Fellow of the Royal Society, a member of Academia Europaea, a fellow of the European Association for Artificial Intelligence (EurAI), a Fellow of the Alan Turing Institute and a British Computer Society Lovelace Medalist. His research concerns the representation of knowledge, and the efficient manipulation of such knowledge by computers. He played a leading role in establishing the Semantic Web as a significant research field, pioneering many of the underlying logics, algorithms, optimisation techniques, and reasoning systems. He has contributed to the development of several widely used reasoning systems including FaCT++, HermiT, Elk and RDFox. He has published more than 300 papers in major international conferences and journals, winning best paper prizes at KR-98, AAAI-2010, and IJCAI-2017, and test of time awards at ISWC-2013, KR-2020 and CADE-2021. He is one of the UK’s most highly cited computer scientists, with more than 68,000 citations, and an h-index of 99.