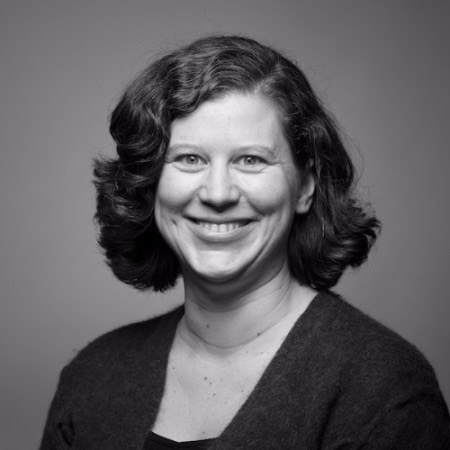 What excites you about working in AI, and what are you working on right now?

To make the world better – and smarter. It’s also energising to work in interdisciplinary teams, to make models that can be put in production. My focus at the moment, is on how we combine building models for productions, and their long-term maintenance, with innovation and experimentation.

Why is it important for more women to get involved in AI?

First of all because it is fun! You get a chance to solve real-world problems, and to make tasks easier in your organisation by automating repetitive tasks. Secondly, we need a diverse group of people developing AI: it should be representative of the population it is making products for. The combination of scalability and the challenge of explainability in AI systems means that inequality can also scale before we even know there is a problem – unless a diverse group is involved in its development.

What advice would you like to give women who are pursuing their careers in AI?

To get involved in the community! There are many volunteer and professional organisations where you can contribute to the issues _you_ think are important. It’s a chance to make a difference, learn, meet interesting people, and to be visible both as a role model and to potential employers.

What advice do you have for organizations who wish to recruit and retain female researchers and professionals in AI?

To realize that you will have to change. You do not only want to get them in the door, you want to retain them – whether they are women or other underrepresented groups. That may mean changing your reward, incentive and support systems, but also a change in culture.

Who is your biggest role model within your field, and why?

I don’t really have single role models, but there are many people I admire. Just to mention a few of them: My colleagues at Posten who have gone beyond prototyping to get machine learning into production (you can see it for yourself when you get delivery estimates on packages). My former colleagues at SINTEF who go beyond the state of the art developing new algorithms. My collaborators in Tekna Big Data who have created a community for Data Science and AI in Norway. And last but not least Women in Data Science, both the awesome women in the Oslo branch, and the group at Stanford organizing and coordinating the global initiative (200 events in 60 countries, with a total of 100.000 participants!)

What role can NORA take on to empower diversity and inclusion in AI in Norway?

By showing diversity in their events, and by highlighting the contributions of under-represented groups. By making diversity a natural part of the discussion when we talk about AI.

Heidi Dahl is a visible personality in Oslo in part due to her engagement with Tekna – The Norwegian Society of Graduate Technical and Scientific Professionals where she is the leader of Tekna Big Data. As well as her continued engagement with Women in Data Science Oslo. She holds a PhD from the University of Oslo in Geometry for Computer Aided Design. She has been leading SINTEF Digital's Big Data Analytics and Artificial Intelligence activities in four projects in Industry 4.0. In this sense she is both practically involved with some of the large projects within artificial intelligence in Norway and contributing to bring more people from different backgrounds into the industry. As a champion of sharing knowledge and a champion of women in data science it is not an exaggeration to say that Dahl may very well be one of the most important people in the field of artificial intelligence in Norway.