The AAAI (Association for the Advancement of Artificial Intelligence) 2021 Conference had 9034 submissions. Only 21% of the papers were accepted. Among them were papers from NORA partners UiB, UiT and CAIR (UiA). 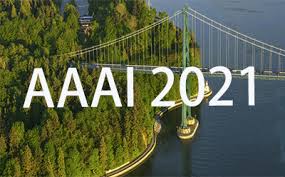 The paper Measuring Dependence with Matrix-based Entropy Functional by the UiT Machine Learning Group, in collaboration with NEC Labs Europe and the University of Florida, was one of the papers that made the cut.

- This work proposes entirely new ways to quantify dependencies among random variables, says Professor and co-author of the paper Robert Jenssen at the UiT Machine Learning Group, and he adds - This is important for instance for advancing deep learning research. I am very happy that we as a Norwegian machine learning research group can contribute at the highest international level within our field.

The Centre for Artificial Intelligence Research (CAIR) paper Human-Level Interpretable Learning for Aspect-Based Sentiment Analysis was also accepted at AAAI 2021. The paper proposes a human-interpretable learning approach for aspect-based sentiment analysis (ABSA), employing the recently introduced Tsetlin Machines (TMs). The interpretability is attained by converting the intricate position-dependent textual semantics into binary form, mapping all the features into bag-of-words (BOWs). The experiments show how each relevant feature takes part in conjunctive clauses that contain the context information for the corresponding aspect word, demonstrating human-level interpretability. At the same time, the obtained accuracy is on par with existing neural network models, reaching 78.02% on Restaurant 14 and 73.51% on Laptop 14. Congratulations to UiAs Rohan Yadav and supervisor Lei Jiao, with co-authors Morten Goodwin.

UiB had no less than three papers accepted for the conference. These were: