Main navigation
Sub navigation
News > News > The most significant technological breakthrough of the last decade, why not in Norway?

The most significant technological breakthrough of the last decade, why not in Norway?

Are you aware of the fact that there has been a scientific breakthrough that amazes researchers worldwide, and which Andrei Lupas in a Nature news article says "will change everything"? 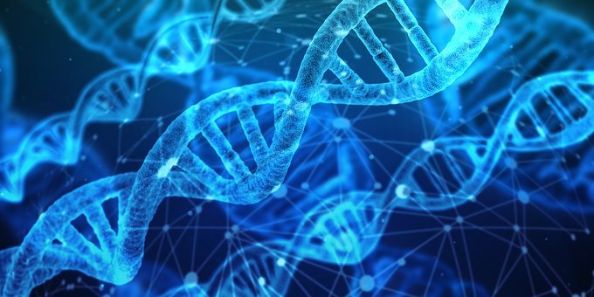 We are not talking about the new Covid vaccine but one of the most significant scientific challenges of the century: Protein Folding. The breakthrough is so epoch-making that it is difficult to understand the consequences, and it is particularly impressive that the breakthrough benefits from advances in Artificial Intelligence. This technological breakthrough could have happened in Norway, but such large projects are simply not a tradition for us.

Many people think of Artificial Intelligence as computer programs reserved for relatively trivial tasks, such as playing board games and friend suggestions on social media, or as wildly exaggerated, almost human, robots in movies like Terminator or HAL-9000. The truth is that the technological advances we see here are of a completely different caliber.

Proteins are a fundamental component of all life, and they are essential for all known living organisms. It is our genetic material that determines what kind of proteins our cells produce, which in turn determines how the cells and our body behave. Proteins are important for almost everything from digestion to hormones and from muscles to brain signals. Understanding the shape and behavior of proteins is fundamental to understanding our body and all known life.

A protein consists of organic molecules called amino acids and can be seen as a long string of pearls. When the string is released, it curls. This is called folding in technical terms. The shape the protein gets after it is folded tells what the protein can and cannot do. It can tell if the protein is a meaningful part of the immune system, or if it will lead to autoimmune diseases, if the protein builds our muscles, or if it leads to serious brain diseases such as Alzheimer's and Huntington's.

In 1972, the Norwegian-American Nobel Prize winner Christian Anfinsen promoted the theory that Protein Folding can be calculated from the string of amino acids. This is true, but the necessary calculations are complicated. Calculating the correct protein form has been seen as so complicated and essential that it has been considered one of the significant scientific challenges of the last half-century. Several researchers have received Nobel Prizes because they have managed to find protein forms.

Since 1994, competitions have been held where researchers can submit computer programs that try to calculate exactly how the protein folds and where each and every atom in the protein will end up. There has not been much talk about it, because the computer programs have generally not been suitable for practical use. But at the end of 2020, this changed.

Towards the end of last year, almost a hundred research groups took part in a competition, where their algorithms were subjected to strings of amino acids from proteins that the organizers already had, secretly, managed to find the form of by doing advanced experiments. One computer program stood out. An AI algorithm from the company Google Deep Mind, named AlphaFold2, found the answer to almost all the proteins, and was miles ahead of the competitors. The algorithm is trained with proteins we already know the form of, and this has provided the basis for learning how other proteins fold.

What can it be used for?

Knowing the protein structure opens up a sea of ​​possibilities. It will surely be important for finding medicines and vaccines for new diseases and pandemics, but it does not stop there. Google itself believes this could lead to the development of new proteins that can bind CO2 in the atmosphere or automatically break down plastics in the ocean or enable the development of proteins that lead to increased viability for crops in frost. In the long run, it can allow us to solve many of our major societal problems.

Google's algorithm is based on solutions that are not unknown to research groups within Artificial Intelligence. The details have not been published yet, but Google explains the algorithm with known methods.

Norway has strong research communities in both Artificial Intelligence and biotechnology. We should facilitate so that the next breakthrough can take place right here. It's all about funding and coordination. Even though the result is impressive, it is not surprising. We have been waiting for Artificial Intelligence to dominate Protein Folding. Similar major Norwegian projects can have tremendous positive ripple effects both for Norwegian research and today's major global challenges such as pandemics, climate, and plastics. Imagine if such innovations could be stamped “Made in Norway”.

You can also listen to NORA Podcast "NORA forklarer kunstig intelligens" about this topic (in Norwegian).

Del på e-post
>
News > The most significant technological breakthrough of the last decade, why not in Norway?