Chair of the Board, Pinar Heggernes, states that NORA could not have found a better CEO. 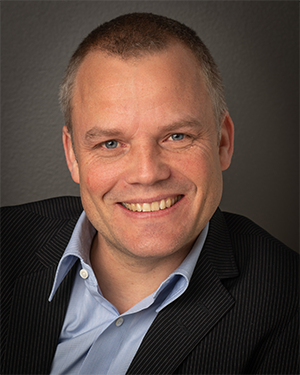 – Besides being an active researcher within the field of artificial intelligence, Klas has worked with management on different levels. His outgoing and progressive personality combined with his engagement in research politics and experience in communication, makes him the perfect person for NORA, says Heggernes.

Pettersen considers it a great opportunity to partake in the development of the field of artificial intelligence and to position the Norwegian research and education on the international arena.

– I eager to establish Research Schools as soon as possible and put an effort into strengthening Norwegian education on artificial intelligence (AI) at all levels, he says when asked what will be his first focus in the new job.

With his broad background spanning from physics, mathematics and informatics to medicine, Pettersen aims to enhance interdisciplinarity and to build networks. His ambition is to strengthen the collaboration between the already excellent research communities of the consortium partners, as well as connecting these communities to areas that will gain from using AI without yet having applied this kind of technology.

Klas Pettersen has a PhD (2007) in computational neuroscience from the Norwegian University of Life Sciences (NMBU). After receiving his PhD he has been working as a Postdoctoral Researcher and a Research Scientist at NMBU, in the Group for Computational Biology and later also at the Center for Integrative Genetics.

From 2014 he has worked at the Centre for Molecular Medicine Norway (NCMM) and Institute of Basic Medical Sciences at the University of Oslo. He has also been coordinator for the Norwegian branch of VPH-DARE@IT, and in 2015 he worked as a Visiting Scholar at the University of California San Diego.