Being NORA’s CEO is pretty much like being Santa Claus. I am the lucky one getting a lot of positive attention for delivering nice presents to the AI community, while all the helpers who really have done the hard work are less visible. The AI researchers, educators and innovators of the NORA network are the ones producing the presents that I often have the pleasure of providing to the community. You are the one making AI research, innovation and education available to us all. The level of engagement and dedication from the community has far surpassed my expectations. So, when I am now able to say that 2021 has been no less than a fantastic year for NORA, it is all because of the contributions from you! 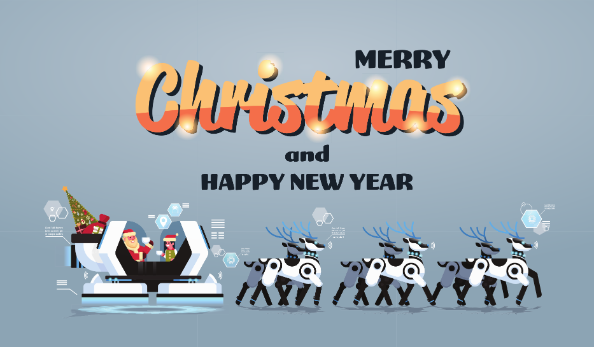 Not only has NORA grown from nine to fifteen partners in 2021. We were also recognized by Innovation Norway as an innovation ecosystem for artificial intelligence (with funding) and by NFR as an EU network for AI (with funding); we created a free and open journal for AI, the Nordic Machine Intelligence; we organized MedAI: Transparency in Medical Image Segmentation, a data competition which was a huge success with its 17 paper publications; we organized two larger physical conferences, the Nordic AImeet and NORA’s annual conference; we have been able to follow up many interesting research and innovation projects, among them AI-Mind, Norway’s largest EU-funded R&I project; we organized a two days virtual conference on AlphaFold and Rosettafold with more than 600 attendees from more than 40 countries; our Women in AI campaign received attention from far outside Norway’s boarders; we created an overview of the field of AI in Norway, the AIdirectory.no; NORA has officially launched the CLAIRE Oslo office; we have organized almost 100 smaller events, such as webinars, talks, podcasts; we have sent out monthly newsletters and been visible on Facebook, Twitter and LinkedIn; and if all this was not enough, recently we also received the message that the UiO-led project Norwegian AI Cloud, where NORA is heavily engaged, has been funded! Starting early 2021 we are going to build NAIC - the most powerful AI infrastructure in Norway!

Unfortunately, I cannot pay justice to all the people behind all these successes in a short Christmas greeting letter. I will just mention three of them and I hope all the helpers not mentioned understand my deep appreciation for everything you have done for the NORA community in 2021!

Michael Rigler (Simula) has been instrumental in building up our journal Nordic Machine Intelligence. Not only is he engaged in the editorial board of the journal, he was also the driving force behind one of NORA’s biggest successes last year. Above I wrote that “we” organized the MedAI competition. It was really Michael and his team at Simula who did that! Michael has also been supporting in many other NORA projects, in addition to doing excellent research himself.

Morten Goodwin (UiA) is not only an excellent researcher, but also one of the most prominent science communicators in Norway. He has been part of the steering group of NORA.startup, he is in the editorial team of Nordic Machine Intelligence, a member of the NORA Annual Conference Program Committee, he has hosted many NORA.startup webinars, and he is also a host on NORA’s podcast and, as Michael, has supported NORA in many talks and events.

Last, but not the least, I should thank the NORA secretariat: Anam Javaid, Birte Hansen, Sachin Gauer, Alex Moltzau and Bjarte Håvik. This almost overly engaged and hard-working group of people is a gift in itself and makes the daily life in the NORA secretariat enjoyable and extremely interesting. We don’t know what 2022 will bring, but we know we will work hard to serve the Norwegian AI community.

Last year I wrote that NORA’s journey had just started. This year I think I safely can say that we are on the right path and that the journey is highly rewarding. Thank you for your engagement in 2021, please continue engage in 2022! Together we are building a powerful community!

I wish you all a very merry Christmas and a happy new year! Enjoy your holidays!