Artificial Intelligence and Health at Arendalsuka 2022

Discussions of AI at the Norwegian Festival for Democracy 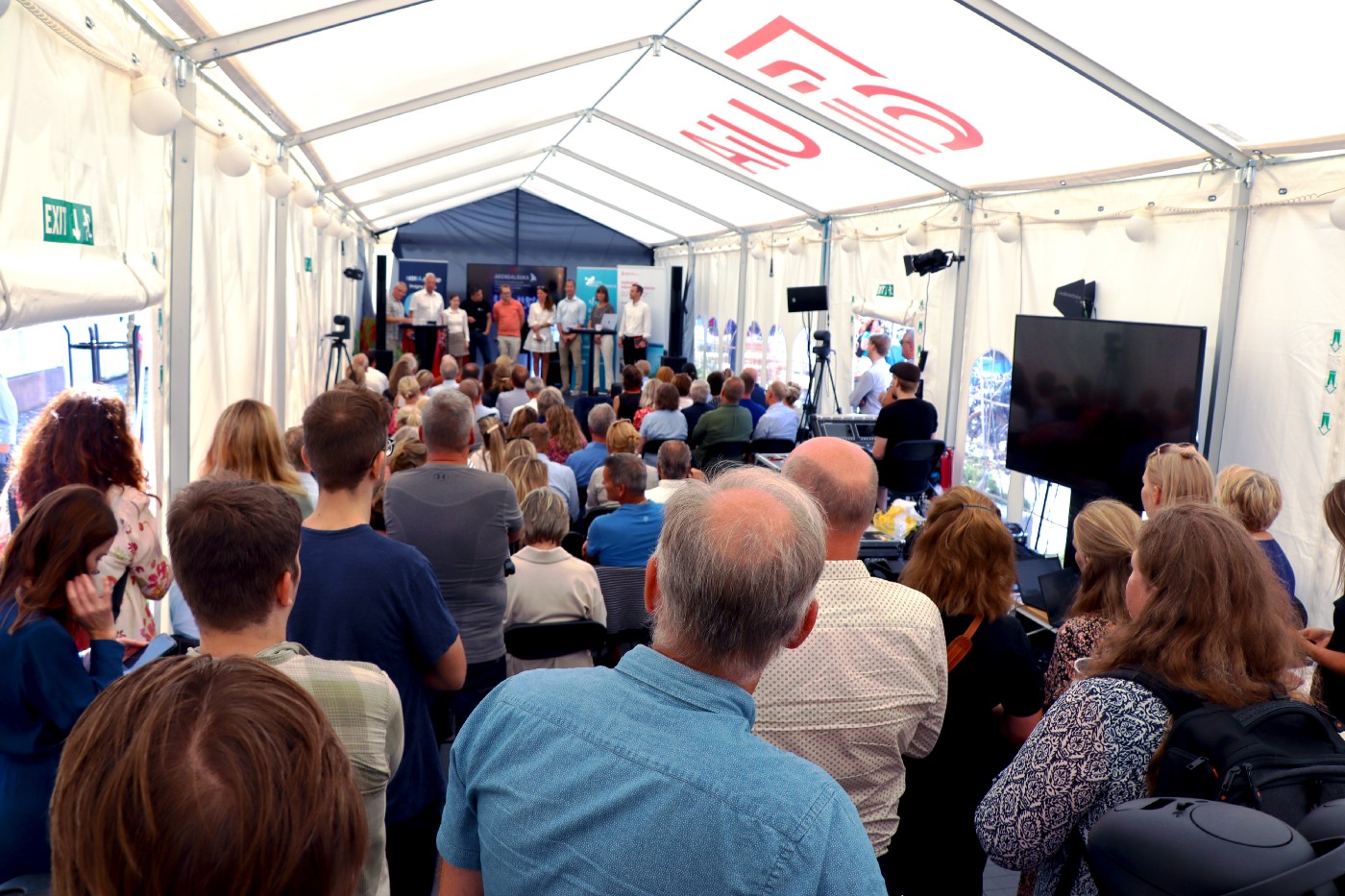 Arendalsuka is a Norwegian political festival held in Arendal every summer. The Norwegian festival Arendalsuka or Arendal Week is central in the Norwegian society, and like many aspects of the Norwegian society it was inspired by another nordic country. In the Nordic countries, there are several arenas for open discussions with politicians, industry and civil society involved. Arendal Week was established in 2012 with inspiration from the Almedal Week in Sweden. Almedalsveckan got its start when Olof Palme spoke to the people from a loading platform in Almedalsparken in Visby before the parliamentary election in 1968. Around 1000 events and 200 stands fill the center of Arendal for five days in August each year. 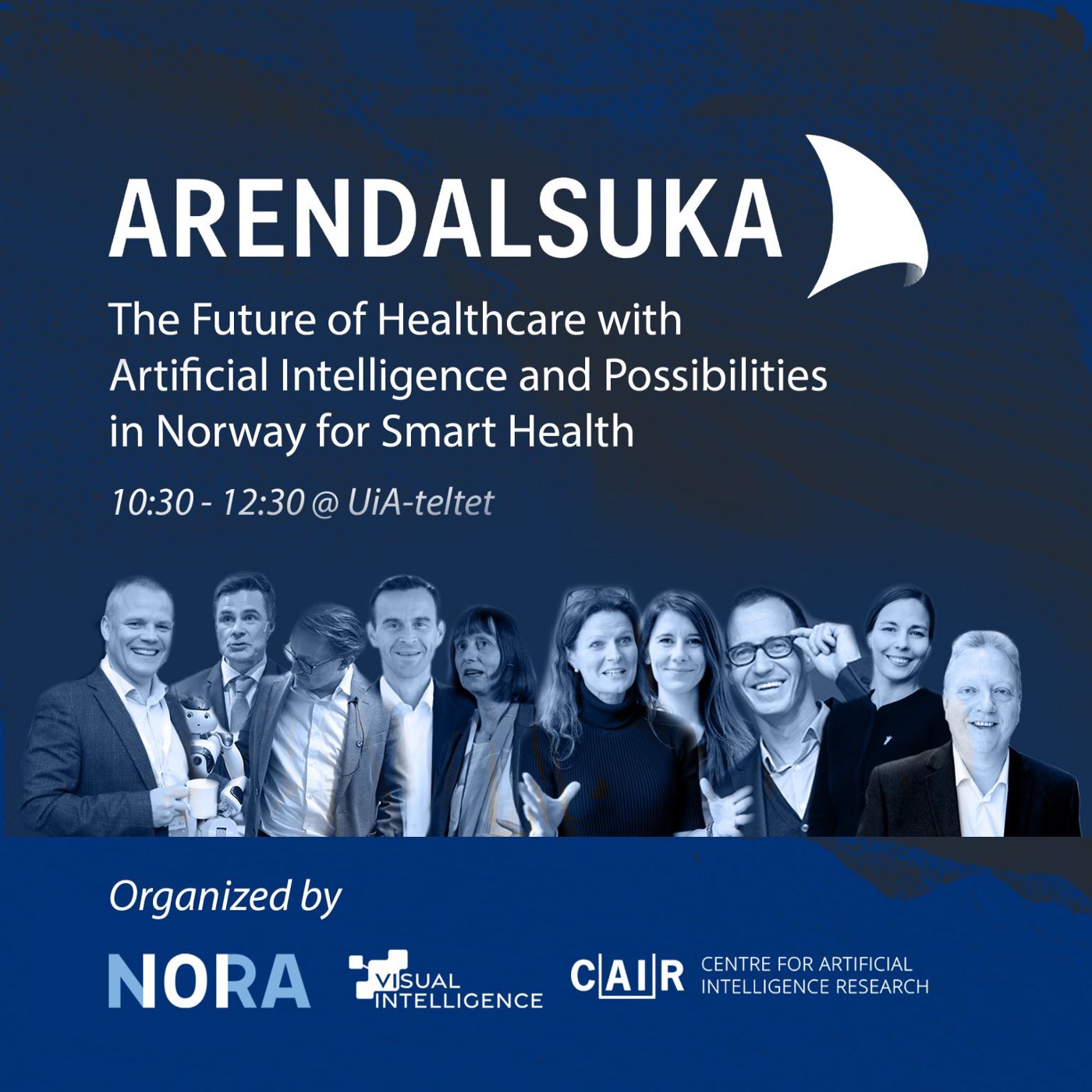 The event began with a short introduction from the CEO of NORA.ai Klas Pettersen followed by Cathrine Lofthus who is the Secretary General of the Ministry of Health and Care Services (HoD) in Norway.

What is the role of Cathrine in Norway?

Cathrine was arguing for the importance of using new technologies responsibly and that she was interested in exploring the possibilities going forward. After Cathrine had finished her speech Robert Jensen contributed to giving a range of practical examples. He is heading up Visual Intelligence, one of the largest research groups focused on artificial intelligence in Norway.

Morten Goodwin followed Robert Jensen’s presentation with arguments for why we deserve smarter health alongside a series of suggestions for what we need right now. Morten Goodwin is the Deputy Director for the Centre for Artificial Intelligence Research at University of Agder and a Professor at the same university. In addition to this he is the Chief Technology Officer of the AI startup AIVEO. Some of his key recommendations were:

Afterwards Ingrid Stenstadvold Ross, the General Secretary of the Norwegian Cancer Society, held a talk discussing the growing importance of artificial intelligence in healthcare specifically targeting solutions in the treatment of cancer. Do More Diagnostics was highlighted as a company that are doing groundbreaking work to get algorithms from research to practice achieving CE-IVD mark for Histotype Px® Colorectal, an AI algorithm that predict patient outcomes in colorectal cancer patients by analyzing standard histology images.

At this point the tent was so full of people interested in the topics that queues were forming on the outside.

The talk by Ingrid Stenstadvold Ross was followed by a panel debate on artificial intelligence in healthcare. The debate was moderated by the CEO of NORA.ai, Klas Pettersen.

First this started with a round of introductions. The first comment was made by Arild Kristensen from Norwegian Smart Care Cluster (NSCC). NSCC is an ARENA PRO cluster in the national cluster program of Norway focused on smart care solutions and working with industry for sustainable health services.

This was followed by Kristin Kornelia Utne from Younger doctors’ union (Yngre legers forening). She provided a valuable practitioner’s perspective arguing the importance for doctor’s to be part of the development, especially when they can perceive it as another time consuming chore instead of valuable part of their work.

Ketil Widerberg from Oslo Cancer Cluster was next, with his memorable statement:

“Today it is easier to donate organs than to donate data.”

Giske Ursin spoke afterwards, representing the Cancer Registry of Norway. Her organisation has data on cancer dating back to 1953 in their online statistics bank. There were 36 998 new cancer cases in Norway in 2021.

Håvard Kolle Riis, who is the Director of Health Data at Directorate of e-health, was the last person in the debate to give an introduction.

Overall the discussion was oriented towards the possibility to facilitate the overall approach of using artificial intelligence to create value within healthcare. Important friction points were between the representative of the doctors’s and the wish to maintain good care while providing annotation help to AI researchers. Another point was the discussion of operational ways to go forward with using artificial intelligence in Norway, particularly the idea to create an AI sandbox for health as suggested by Professor Morten Goodwin that Cathrine Lofthus supported.

Informal Meetings and Other Events About Artificial Intelligence at Arendalsuka

NORA.ai also participated in a debate with Juristforbundet about legal regulations relating to artificial intelligence.

In addition there were informal meetings between people in the community facilitating the use of digital technologies and artificial intelligence in particular in more informal settings. One example is the informal meeting between several members of the European Digital Innovation Hub on Artificial Intelligence in Norway named NemoNoor, here seen sitting in the grass.

Overall, Arendalsuka is a valuable platform for people from various parts of Norwegian society to meet and discuss the present and future of Norway or developments in the world.

I felt very fortunate to be present with other colleagues in NORA.ai and meeting collaborators in the field.

Disclaimer: I work for the Norwegian Artificial Intelligence Research Consortium, as such my views may be biased towards this organisation. However, this is my personal blog and I do my best to share a wide range of my interests in the field of artificial intelligence.

This is also part of my personal project #1000daysofAI and you are reading article 512. I am writing one new article about or related to artificial intelligence for 1000 days. The first 500 days I wrote an article every day, and now from 500 to 1000 I write at a different pace.