Sub menu
News > News > Summertime and the living is easy

Summertime and the living is easy

A message from the CEO, Klas Pettersen.

In the background, Ella Fitzgerald and Louis Armstrong’s version of the song Summertime is accompanying this writing. An important part of the human mind is the ability to associate in more or less intelligent ways. For this particular instance of mind, the association swiftly runs like wild horses through the cotton fields, then it is back on track, writing this piece about NORA and AI, but now with summertime in the title. 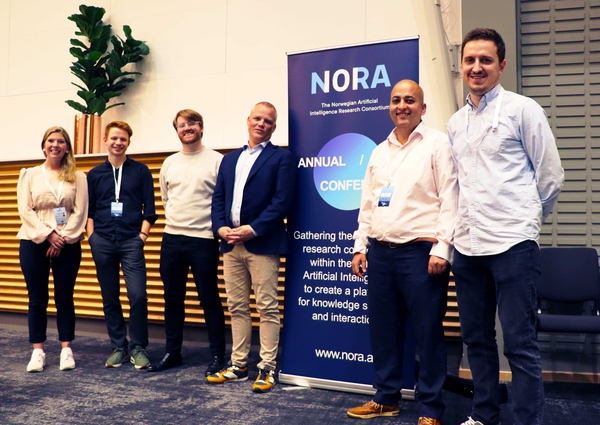 In the last decades, the field of AI has been going through AI winters and AI summers. More people than ever are working in this field, and it is quite clear that we are heading into a nice and warm AI summer. Big companies like Google and Facebook are spending more than ever on AI, and so are governments, the public sector, funds, and national research councils and other funds.

We have recently witnessed a couple of good examples from our Scandinavian neighbours. Knut and Alice Wallenberg Foundation will add 725 million SEK to their donations to WASP (Wallenberg AI, Autonomous Systems and Software Program). In total, their donation to WASP will then be 4,9 billion SEK. In Denmark, the Pioneer Centre for AI was recently launched, with funding of DKK 352,4 million from the Danish National Research Foundation in collaboration with several private foundations.

Although we have not seen investments similar to our Scandinavian neighbours here in Norway, fish are also jumping into the Norwegian AI community. Several projects are about to be established.

First of all, NORA received funding from The Research Council of Norway (RCN) for a national research school for AI. If you are a PhD student, you should immediately go in and sign up for the school. You will be offered workshops and courses, you will have possibilities to go on exchanges to world-leading AI environments abroad, internships and much more. Not to mention, you will also be part of building the AI Norwegian community.

This week it was also announced that NORA and partners will receive EU funding to build a so-called European Digital Innovation Hub. The Nemonoor consortium is led by Digital Norway, and our ambition is to make selected algorithms and competence developed in academia and at our research institutes more available to the public sector and SMEs.

NORA has also played an important role internationally. We have been part of establishing a collaboration between Norway and the USA within AI, specifically with the Department of Energy (DoE) and their National Laboratories. We have also developed strong collaboration with the Alan Turing Institute and the Helmholtz Information & Data Science Academy (HIDA). Research exchange with these networks is a part of the agreements.

I could have mentioned many more exciting projects, which you can read about on our webpages, however, I end with one last mention, a project I think is really important. Less than a year ago, the Norwegian community launched a new journal named Nordic Machine Intelligence. We wanted to create an open journal owned by the community, free of charge, a so-called Diamond Open Access Journal. The journal has already shown to be successful with many publications, and this week we received the news that the journal is now a level 1 journal in the Norwegian publication system. This means that your institution will be rewarded for publications in the journal. Please submit papers to this journal! It covers standard research papers but also opinion papers. See the journal’s webpage for more information.

It is a fun exercise listing what the Norwegian community has achieved in such a short time. However, what I am really proud of is that the Norwegian community has come together through the NORA collaboration. We are really building a national ecosystem for AI. And this is not only about competence, data, algorithms and infrastructure. It is mostly about building a community, it is about building human relationships. Therefore, it was very encouraging to see 120 Norwegian researchers enjoying themselves at NORA’s annual conference in Stavanger this June. We had a two-day NORA conference, we also joined forces with Norway Summit, we celebrated Norway Chess, and we had a keynote about AlphaZero from Ulrich Paquet from DeepMind. Some also stayed in Stavanger over the weekend and participated in KIN’s conference Health-Related AI (hAIst). It was some genuinely inspiring summer days, both scientifically and socially.

I wish you all a good AI summer! May the Norwegian AI summer last forever. :)

For young researchers wanting to build the community, we suggest you sign up for the Nordic AI meet in Oslo on November 14-15.